IPS feels personal development is a vital part of the Apprenticeship experience, especially with Standard Apprenticeships that focus heavily on behaviours in the workplace.

Training an Apprentice is not just about teaching them skills and techniques that will make them great in their job role, it’s also about an individual’s personal development which ensures Apprentices are ready to work in a professional environment.

In April 2019 BAE Systems decided to again send their 1st-year cohort of Engineering Apprentices to take part, alongside IPS Apprentices from Premier Foods.

The overall aim of the event is to support Apprentices with their development of behaviours expected as part of the Apprenticeship Standard Engineering Technical Support Technician, including:

The first activity was a welcome and introduction; many of the group were from BAE Systems and two Apprentices were from Premier Foods. It was an excellent way for them to be introduced and learn facts about each other that nobody else knew, which helped to build bonds. There was also a discussion about individual aims and goals for the week ahead. The group had the use of a room, where they could record evidence throughout the week and reflect on what they had learnt.

The Apprentices recording their feedback and evidence through the week

One of the first activities was the ‘Spider’s Web’, which was a full group activity to set the scene for the week and to illustrate the value of innovative learning. The group was split into two teams and they had to help each other get through several different sized holes in the web (or ropes) while not touching the sides and only using each hole once. This activity involved a lot of planning and teamwork, both teams were impressive as they completed the task in the set time frame and succeeded in their problem-solving skills.

Afterward, they all discussed why their strategy worked well and established working together and making a plan of action beforehand helped them achieve their goal as a team. The teams considered the height of people in regards to what holes would be best achievable for each Apprentice and they supported each other literally by lifting and carrying each other over the web.

Over the course of four days, the group worked together on many activities which would help them with team building, communication and problem-solving skills. This included rock climbing, pool raft building, to the leap of faith and an expedition on foot.

BAE Systems Apprentice, Kieran Clarke, concluded that the Rock climbing activity helped him personally and he learned resilience by completing some of the harder climbs that he didn’t think at the start of the activity he could achieve. Whereas Adam Blunt discovered the key to understanding the brief thoroughly before starting anything was vital, so everyone knows precisely what you they are doing. The raft building, for example, failed as the group was not properly prepared.

The leap of faith activity, where participants climb a pole, leap and grab a trapeze bar in mid-air, highlighted the Apprentice’s limits and how far they wanted to climb up the pole and whether they wanted to jump or not. Everyone was at different stages, but that didn’t stop them supporting each other and appreciating their new-found skills in self-awareness. By the end of the week, the Apprentices had bonded and overcome many fears, which was achieved with the encouragement of their peers. 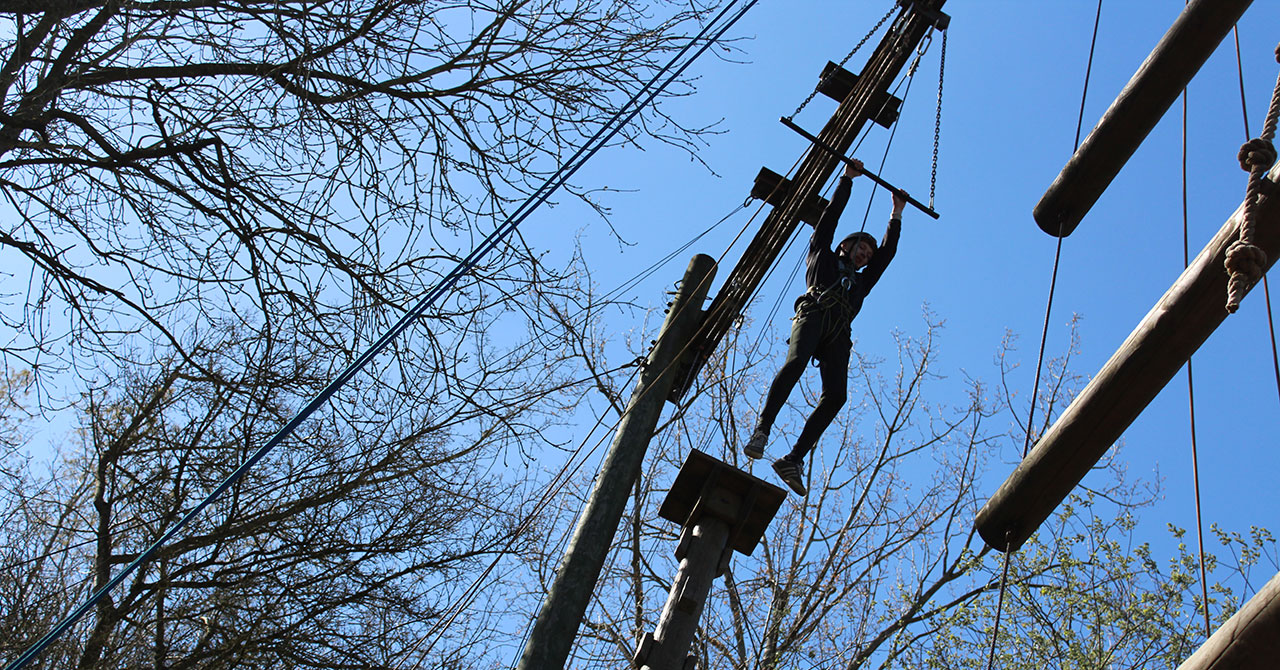 On the last day, the Apprentices fed back to each other about the four-day programme and discussed what went well. As a group, they verbally shared what they felt they had improved upon, what they had learned about themselves while working with others and how their new skills can be implemented into their working environment. They were then presented with certificates and everyone celebrated their successes!

IPS want to say a big well done to all the Apprentices for achieving your goals.  We wish you all the very best throughout your Engineering Apprenticeship.

Are you looking for more information for an Engineering Apprenticeship?